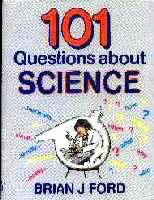 Publisher's information from the rear jacket:

What some reviewers have said about Brian J. Ford:

‘Looking into the scientific future has pitfalls . . . unless the writer’s information or imagination is unusually strong. Brian J. Ford shows how it ought to be done.’
OBSERVER

‘Ford offers (his audience) a reasonable balance and the chance to improve their perspective.’
THE TIMES

‘(Ford) is a research scientist who, on television, has so notably shown himself to be one of the rare masters of the art of getting the message across.’
MEDICAL NEWS

‘Brian J. Ford’s programmes are an example of the best kind. He is a broadcaster of many years’ standing who believes that scientific research can easily he understood provided it is not distorted by the media.’
NEW SCIENTIST

‘Brian J. Ford is an almost perfect presenter, interlocutor and commentator - a model of such things.’
LISTENER

Publisher's information from the front flap:

How many grooves are there on a longplaying record? Why does water put out a fire? What do I do if my washing machine goes wrong in mid-wash? Can thunder turn the milk sour? Can animals foretell the weather? How can you prevent baldness?

101 Questions about Science has the answers to those questions that have been puzzling you, plus (perhaps) some that you hadn’t even thought of. Witty and thought-provoking, Brian Ford’s guide to the mysteries of science — and everyday life — will inform and delight all readers down to the most stubbornly unscientific. Other questions answered include: Do fat people eat too much? What is a caloric anyway? What does ‘f’ on a camera mean? How does the picture get on the film? Do ostriches bury their heads in the sand? How big is a virus? A bacterium? A living cell? What is the difference between iron and steel? Why does a gin and tonic affect me more than a straight gin?’

Brian J. Ford, through his own BBC programmes and his memorable appearances on shows including ‘Dial A Scientist’, has shown that science can have style. Now he has written a book rich in interrelated ideas, educative and irreverent, which confirms his orig inality and panache. This splendid volume, to be dipped into or read at length, will be followed by a similarly splendid, stimulating and indispensable volume containing answers to all the other questions that have ever perplexed you.

Publisher's information from the rear flap: 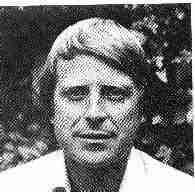 Photograph of the author by Jan Ford

Brian J. Ford has a world-wide following as a research biologist, broadcaster and lecturer. He is a prolific solver of mysteries, and a pioneer of new attitudes in science policy. Not only are his scientific discoveries well known around the world, but his ability to explain complex ideas in simple and direct words is widely respected. His many books include The Cult of the Expert, studies of the development of science and several textbooks, and he has contributed to publications including The Times, New Scientist, Illustrated London News, and many specialist journals. Brian J. Ford lives in Wales with his wife and six children.

Move to the FIRST ENCYCLOPEDIA OF SCIENCE web site,
the 101 MORE QUESTIONS ABOUT SCIENCE page, or the reviews index .