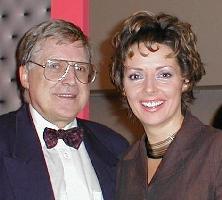 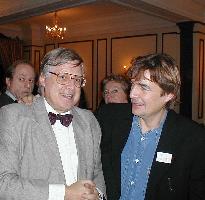 Brian and Carol have been friends for many years and have appeared on 'Take Nobody's Word For It'
on BBC TV. Andy directed Brian's Channel Four television series 'Food for Thought' and is now a senior commissioning
producer for television, making programmes like 'The Royle Family' and 'The Crown'.