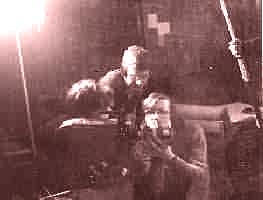 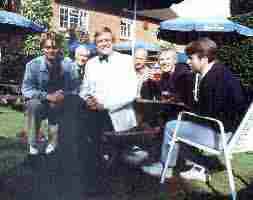 1: Directing 'The Fund' in London. 2: With German film crew. 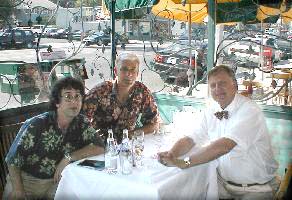 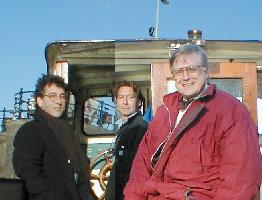 3, 4:With producer Terry Gris (left) in Hollywood and in Amsterdam.

Brian appears in films from many nations -- including Japan, Germany and Hollywood.
Currently he is appearing on satellite TV channels in documentaries covering topics
like wartime science and the Da Vinci Code and is discussing
further films in London and Hollywood.