From the bibliographical index

Note also: BSE page and The Future of Food, publication May 2000.

From the publisher's notes on the jacket:

It is given to few to have such a command of language ... Brian J Ford is a research scientist who has so notably shown himself to be one of the rare masters of the art.
Medical News

What Brian Ford set out to do was encompass related aspects ... of food technology within a single volume. A well presented and readable text.
New Scientist

He says we have all been bullied by the modern expert, the new-style scientist who chases column inches as energetically as any young starlet.
Sunday Times

A fascinating and important ... comprehensive treatment within a small compass. Mr Ford’s clear and forthright style is here enjoyably deployed in the cause of good food and good health.
Education in Chemistry

Brian J Ford is always in charge of his material ... and takes a cool view.
Observer

A rich source of provocative ideas. The author pours out information and stimulating theories. His plethora of ideas makes for exhausting reading ... it will illuminate a great many subjects.
School Science Review

The author’s scholarly familiarity with his subject is evident throughout.
New York Library Journal

Ford says a scientific consensus was often ‘not good enough’ to establish scientific facts. He says that the entire priorities of education and research would have to be changed.
The Times of lndia

This remarkable book is for everyone who eats. It is an informal survey of what food is, what it does to us - and what it doesn’t do. Ford throws into crisp focus the relationship between people and what they eat, dispelling myths along the way. He shows up the fallacy of relating diet and heart-attacks on a cause and effect basis; explains how the body has evolved with our diet in mind (and answers the question: are we meant to be vegetarians?); accounts for his belief that the overweight are not simply the greedy ones; and looks at the background to some of our beliefs about food.

There are many books about diets. Nobody could complain about a lack of volumes on how to cook. Yet there are few books which explain what food is really all about. What is protein? What is the purpose of cholesterol (a vital part of our bodies, explains Ford)? Are raw foods best for us (no, he argues, they can even be dangerous) and does ‘natural’ mean ‘best’? This is the book to read before you tackle the latest diet. And it will also reassure you about your health too.

Brian J Ford’s television series Food For Thought went straight into the Channel Four Top Ten in its second week of transmission, he has written a textbook on microbiology and food which is widely recommended in Britain and the United States, he travels the world looking at new food ideas, and at home he cooks, too. A scientist who is in the words of a leader-article in Medical News‘ one of the rare masters of the art of getting the message across’, Ford here dissects the topic nearest to all our hearts. Light-hearted in parts, authoritative throughout, read this book for pure interest and then keep it handy. 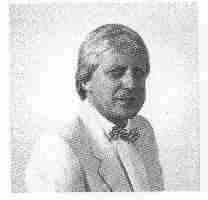 Brian J Ford began his career on the junior staff of the Medical Research Council and has written on food science since his twenties. He wrote a leading textbook, Microbiology And Food which is widely cited in Britain and the United States, and has contributed to many radio and TV programmes about diet. The influential television series Food For Thought, which he presented in 1984, was given a second showing in 1986. It was in the network Top Ten in its second week of transmission. He is currently President of the European Union of Science Journalists’ Associations, based in Brussels, and works both in mainland Europe and in London. He makes his home in Wales, and was recently elected a Fellow of University College.

Jacket design by Pat Doyle based on the painting Still Life on an imitation of Chardin, reproduced by courtesy of the Trustees, The National Gallery, London.

Reviews and follow-up include:

42) BJF, 1989, Myths and Mysticisms about Food
[Lecture as Deputy Chairman of Food and Nutrition Committee], Royal Society of Health, British Association for the Advancement of Science Lecture Theatre, 8 November.

BJF, 1989, Myths and Mysticisms about Food [Lecture as Deputy Chairman of Food and Nutrition Committee], Royal Society of Health. London: British Association for the Advancement of Science Lecture Theatre, 8 November.

Move to the Microbiology and Food page or the main food bibliography site.