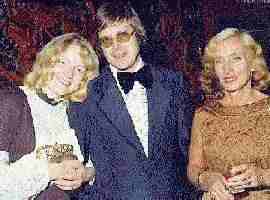 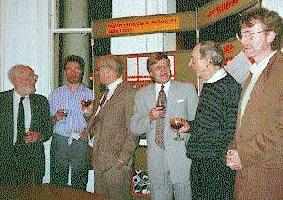 1) Brian J Ford as guest of honour in Cardiff
As a young author, Brian spoke on his book Nonscience, a critique of science, at a major event in Cardiff. 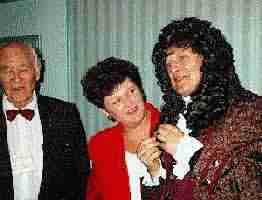 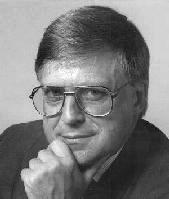 3) 'Leeuwnhoek' appears in Illinois
Wearing authentic costume from the Netherlands of the seventeenth century, Brian J Ford appeared recently in Chicago in the guise of microscope pioneer Antony van Leeuwenhoek. He is seen here with Nancy Daerr, organiser of the Inter Micro conferences, and Professor Walter McCrone, President of the McCrone Research Institute, who host the annual gathering.

4) Award of the 1997 August Kohler medal
Brian J Ford was the recipient of the inaugural Kohler Medal, awarded for excellence in optical microscopy. This photograph was taken by Joe Barabe in Chicago.

Move back to previous page

Move on to following page