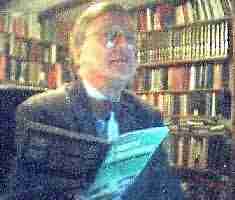 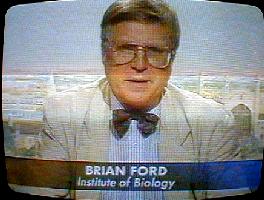 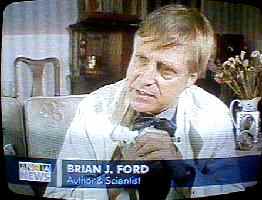 plus many national and independent television programmes, including Wales Today and Anglia Television News.
Current projects range from contributions for two Hollywood documentaries, to a teenagers' television programme Wise Up for Carlton TV.
Recent visitors to film have included a documentary crew from Japanese Television - making a programme on microbiology and human life
and BBC television, filming a feature on the difficult instructions facing youngsters in the modern world.
In addition to programmes in America and Britain, Brian has been broadcast in foreign languages: