Settle back and watch the television, here's a report on space. 'This is a moon rocket,' intones the voice. But instead of a spacecraft, he shows a shot of a rusty bucket. Or tune into sport. 'This is the highlight of the Twickenham game,' drones the rugby correspondent, as the screen shows a video clip of a fat man throwing darts.

Doesn't happen? Oh yes it does. Not in space or sport, I grant you, but it certainly does in science. In mid-October, the BBC television news had a report on anthrax. The voice-over stated, 'These are anthrax spores.' And what was on the screen at the time? A colony of freshwater algae, sunning themselves happily and turning lazily in circles like a troupe of idle dancers. These are the kind of algae we rely on to survive (they purify water and liberate oxygen) and they have nothing remotely to do with anthrax. Wherever you look, people insist on getting science wrong. It's a remarkable fact that we live in the most scientific age in history, yet general awareness of the basic ideas is lacking. The level of public understanding plummeted to an all-time low since Committee on the Public Understanding of Science first appeared on the scene.

Want another example? Open the Sunday Times for lots more. I won't bore you with news reports (everybody makes mistakes from time to time) but will just quote their medical correspondent, Dr Roger Henderson. Here is a doctor writing about TB: 'The virus can lie dormant for years.' Pardon? The virus? T 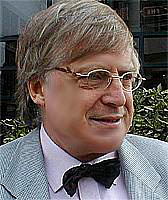 B is not a virus. The disease is caused by a bacterium. You'd hope that this would be familiar to a rugby commentator, but for a doctor? This is unforgivable.

Just in case you're wondering where they get it from, I might recommend that you glance inside the book Medicine Through Time. The author, Fiona Reynoldson, says: 'Viruses can become used to antibiotics'. Oh, no they can't; that's bacteria. Antibiotics don't work against virus diseases. So, you see, even the textbooks get such things wrong.

One final example - it comes from the Sunday Times on 14 October. That chortling motor-mouth Jeremy Clarkson came up with a corker. According to him, modern cars have developed elephantitis. Why did that tickle my fancy? It's because the disease is actually elephantiasis. The suffix '-itis' means 'inflammation of' (as in tonsillitis, an inflammation of the tonsils). Elephantitis doesn't mean an enlargement of the extremities, as Jeremy seems to think; it means an inflammation of your elephant.

The problem seems to centre on the disenfranchisement of people from science. People don't feel comfortable with it. They feel remote from science, controlled by what it does, and over-ruled by faceless scientists. In the late 1800s a microscope was a common enough feature of a middle-class living-room; not any more. In this, the era of biology, the public are unfamiliar with cells and microbes.

Could you argue that it doesn't really matter? I think not. The autumn season has featured continuous outbreaks of anthrax, planted in envelopes by ne'er-do-wells with malevolent intent. Right through late October the American authorities were insisting that this wasn't necessarily the work of terrorists . . . but whom did they imagine were sending germs by mail? Was it a prize draw? Free samples? Of course not - the mailings were planned as a means of causing terror. The public disaffection with science adds to the sense of unease.

There are so many alternative germs around. What about ebola virus, or smallpox? Smallpox would be ideal, since it is capable of killing millions, is incurable, and highly infectious. The last nations officially to hold the virus were Russia, the US and South Africa. South Africa destroyed her stocks in 1983, leaving the two super-powers as holders of the virus in high-security laboratories. On June 30 1999 Russia and the USA said they'd destroy their remaining stocks. But during the cold war, many nations were apparently sent supplies of the virus by Russia, including North Korea and China. Other states - such as Israel and India - were rumoured to have kept supplies. There were similar reports about Libya, Syria, Iraq and Iran.

Why haven't more dangerous germs been used? In a world where national rivalry nurtures international hatred, the new millennium terrorist hasn't had to worry too much about actually spreading an epidemic. Their aim is to disrupt life, and to disable the world of big business. So far they are finding simpler and simpler ways to do it. Everyone is on the lookout for anthrax spores in 'white powder', since the reports that the Senate building in Washington might have been contaminated. All that a terrorist has to do now is send white powder to anyone in their sights. It costs nothing to do, and guarantees that the police turn up in large numbers, all wearing protecting clothing. The building, meanwhile, is evacuated and business closes down.

Until the anthrax scare, 'white powder' had different connotations altogether. The world of terrorism is expanding to parallel the international trade in illegal drugs. Any day now the two will coincide. Once we see the first case of nasal anthrax, then at least the bottom will drop out of the cocaine market.

Go to previous article, to the next in the series, or to the 'Boz' Features title index.